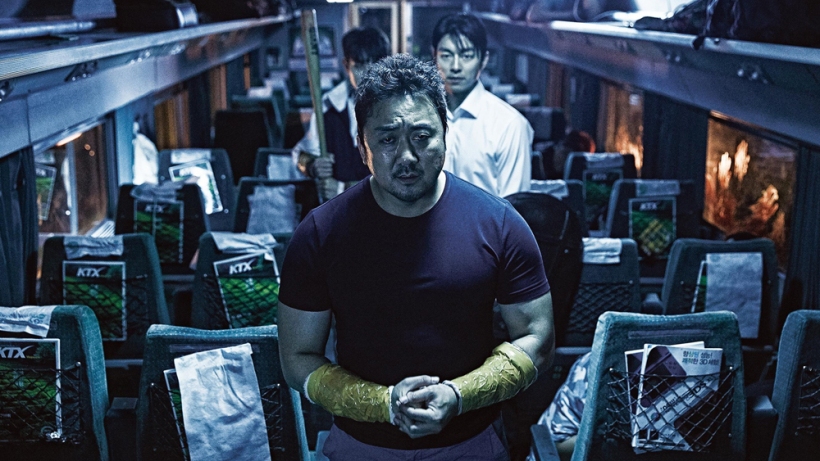 Well that wasn’t what I was expecting. I’ve had a bit of time to just binge watch some horror films so I decided to Google what the best horrors were on Amazon Prime. Now I’m not normally into zombie horrors, they have to be pretty special for me to enjoy the tediousness of them, but Train to Busan really is something else.

As Lou knows, I also don’t pay full attention to films, I’m normally scrolling through my phone half watching the TV. As this one is in Korean and subtitled in English, it was near impossible for me not to look at the screen, although I didn’t need that as an excuse, I was genuinely interested the whole time.

For one, the zombies are freaky fast. I hate slow zombies, they’re so flipping boring. I mean, these zombies aren’t superhuman fast, but they’re fast and blood thirsty enough to be utterly freaky. And everyone is just stuck on a train with very little to beat the crap out of the zombies. Think, Snakes on a Plane meets intelligent stories and characterisation (not that I don’t like Snakes on a Plane!).

So the basic plot is… Soo-an (young girl played by Su-an Kim) is missing her mum who lives in Busan as her parents have separated. Soo-an is currently living with her dad Seok-Woo (played by Yoo Gong) who is a big time business man with a very selfish outlook on life. He ends up taking her to see her mum on this train journey of pure terror. They only realise once they are on the train that people have been infected by the zombie virus (one deduces it’s actually a virus, there isn’t any plot line telling us how it happened or why, we just have to assume it follows a basic zombie plot). So there ensues a whole film of tension, terror and a fair amount of death, in between getting on and off trains and running a lot. I’m not doing the plot justice in any way by this description. But the basic plot has made way for great character development, melodrama and attention to fine zombie detail.

As well as this, what makes a film super interesting for me is the psychological element. Don’t get me wrong, I definitely love a mindless gore fest, but what makes a film truly special and completely believable is the psychology of the humans. This film does not shy away from this, the characters are developed extremely well, we get to know them and want the best for (some) of them. Of course, there are the stereotypical characters and it’s always a horror fan’s game to guess who dies first. But I was too engrossed in this film to even start thinking about playing that. I was very much involved in the stories of each character and empathised with each decision they made. This is truly a skill and a credit to the writers.

Su-an Kim, the young actress deserves an extra special mention. I normally can’t stand kid actors, but this little 10 year old definitely pulled on my heart strings. She played it so well and was utterly believable, I really felt what her character was going through and that is testament to a fine child actor.

If you are in the game for senseless zombie gore then this film is not for you. I certainly didn’t expect to cry at the stories of the characters, there is undoubtedly a ‘The Notebook’ element. But I’m a wuss when it comes to emotion, I sure as hell can’t watch Disney. Train to Busan is extremely clever, especially with only 2 hours to achieve this, it manages to do what endless hours of the Walking Dead has sought to achieve.

I don’t want to give too much away, I want you to experience this unspoken gem for yourself and I want you to be completely engrossed in the characters. It’s a longer film, but keep with it!